After nearly a five year hiatus from releasing music, Dirty Science, All natural Inc. hip hop alum ADaD is prepared to release “Danger Us’”, an ep produced by Chicago’s own Tensei. The six song EP Is a super fresh example of contemporary hip hop. In the vein of the Great Black Thought, who is also featured on the project, Adad weaves his voice in and out of each track with a grown man’s comfort and resolve…. Fueled with the same hunger he had as the day he started. Its one of those things you have to hear to understand, one of those projects that’s not quite like any other but evokes very familiar emotions for anyone whos been a long time fan of good beats and great lyrics. 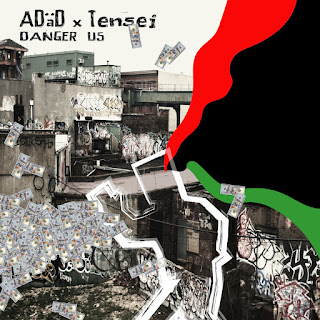