SM – Where did you grow up? and was it in the neighborhood you from?

Toxxx – I grew up in the South Bronx, Patterson Projects. You knowit.

SM – What got you into music?

Toxxx – I always fucked with music. I grew up in a house where music was always played. My mom’s used to blast the oldies. I used to wake up to music blasting. Marvin Gaye, The Temptations, The Supremes or anything hittin at time that she liked. Shit, don’t let it be a weekend or some cleaning that needed to be done. My house would turn into Motown in a minute, you know how that goes. My older cousin, she continued the tradition with R&B & my Brothers kept it going as we got older with Hip Hop & Rap. I ain’t really have a choice but to love music, feel me. It’s something that was always a regular for me, & still is. I used to play with the barz growing up tho. I ain’t never rap, I just hung around niggaz who rapped. My Bros & most the niggaz I chilled around were into that and making beats and shit. I never really cared to actually rap or nothing until I was like 20 or so. I just used to drop bars here and there, jump on a feature or throw some shit together every once in a while. People used to hear the tracks and they fucked with it so fuck it, I did a lil more. Once the bitches started bumping my joints I was like this could be a hobby. I grabbed my own studio and started fucking around with ita lil more, feel me. I went threw the battle scene shortly after starting up, just to roast a few niggaz. Something light just forkicks for me. I dropped songs and always had plans to do a mixtapeor something like it, but never did. I felt like that was foractual rappers. I was just chilling at the time, plus I was too on & off with it. I dropped a few songs, fell back for a few, then decided to come back with ‘Who He’. Just cause.

SM – At what point in your life did you start to take yourcraft seriously?

Toxxx – At this point. You never take shit seriously until you start putting your all into it. Like I said, I used to do thisshit just  for fun. To show off how light it was for me. I mean I still do, but now the business factor is a must with it. I never thought of it as something to take serious, but everyone I ever rhymed in front of did. I was always getting told to stop playing with it. To take it more serious, because I had it. I been knew it too. I had my own studios, own video equipment & all always,but dropping this project is what got me wanting to take it tothat next level. I want to give my supporters and fans more reasons to continue backing me. Plus I’m interested in seeing how far I can go in this industry. So it’s definitely game time for me.

SM – Now you recently released your highly anticipated debut a EP called “Who He”, what was the inspiration behind the titleand project?

Toxxx – I had a lot of inspiration, motivation & push behind ‘Who He’. This EP was my official introduction to the music industry. After I dropped this I already knew it’ll be a “Who He” or a “Who this nigga” type situation, so I got that out the way early with the title. I mean that’s what I thought every time I heard some random artist pop up from out of no where to every wherein what seems like an instant. I just wanted to answer the question before it was asked, & I do think I answered that shit quite well. I wanted to put something together that was boundless & timeless. Something that everyone can bump anywhere at anytime. I notice a lot of the Main Stream artist chose introductory titles for their classic albums, like ‘Life & Times of Sean Carter” “My Name Is” “All Eyes On Me “The Carter” you know I just wanted mines to fall in that league. I chose a title that’ll highlight me as the artist, just like some of the classics did.

SM – What has the feedback been thus far from the EP?

Toxxx – I’ve been getting some great feedback from this project. The most I hear is how much better I’ve developed my flow and craft. The feedback I’ve gotten, the connections & opportunities that were made through ‘Who He’ have been more thanI could’ve expected in just this short time. I can only imagine what’s next to come. I mean It’s krazy seeing something you imagined develope into a reality.

SM – What’s the situation at the indie record label ToxxxicView? Signing any new artist or deals?

Toxxx – The situation always good at Toxxxic View. As far as artist, I’m the focus right now & so is my development. We do have a few situations we’re looking at & might take into consideration if everything looks right, but right now we’reworking on that next project. We’re working on building this brand & keeping our supporters and fans entertained & engaged. So definitely stay in-tuned & be on the look out for what’s next.

SM – Can you talk about the two lead of singles and why youchose to go with those tracks?

Toxxx – Those my shits that’s why. Deadass tho, I chose ‘Ol Skool’as my lead single because I’ve never heard a negative response from anyone whose heard it, like never. Plus my mom’s said it wasa hit & she usually don’t be fucking with the shit I betalking bout. ‘Ol Skool’ is 1 of my favorite tracks too. I went towork with that 1, let’s see how many people spot that quadrupleentendre hidden in the mix. Light. I chose ‘Wanna Fuck’ becausewho doesn’t just Wanna Fuck, like really tho. I know they gonnafeel that regardless. Those are 2 songs for any type vibe orsituation.

SM – Just curious, what is the first album you ever owned?

Toxxx – This krazy because growing up I remember having 2 tapes in my crib as far as rap goes. Makaveli: 7 Day Theory & Life After Death. I don’t know which came 1st, nor do I know how they got there, but I know hearing Pac is when I started really fucking with Hip Hop. Me & My Girlfriend, Fucking You Tonight, Mo Money Mo Problems, Against All Odds. I had the double cassette radio, so I was good on the mix up. Ruff Ryders Ride or Die Vol 2. is the 1st album I ever brought tho. It was like early ’00, that summer was Double R’d out.

SM – When was the last show you rocked and when is the next show date or tour?

Toxxx – I’ve rocked crowds acapella, did live freestyles & battled on stage & at venues. I’ve never had an official performance for 1 of my songs yet though. I’m type saving that for the right occasion. I want my 1st official performance to be something to remember for everyone. I mean stay in-tuned, because that’s something that’s a must do for me, & a must see type situation for everyone as well. Facts. ToxxxicFacts.

SM – Any big projects coming up that we can expect to release soon?

Toxxx – Yessir, ‘1 & Done’ is next up. This project will be completely different from what’s expected, but the name does sayit all. I got some visuals coming soon, as well as some mixtapes in the works. Right now, I’m focused on keeping that heat going & delivering that shit I know they need to hear.

SM – What would be your dream venue in which to perform?

Toxxx – I’m from New York & I always figured my 1st performance would be at either SOBs, Irving Plaza or Webster Hall. I’d love to rock out at any legendary venue tho. You know the Garden or Barclays is a must just to put on for the city 1 time.

SM – What do you hope to accomplish as we enter the second halfof the year?

Toxxx – I want to be on that stage before this year is up. I hope for a lot, but what I know is going to happen is I’m going to keep putting that fire out until they find something to stop me 💯. 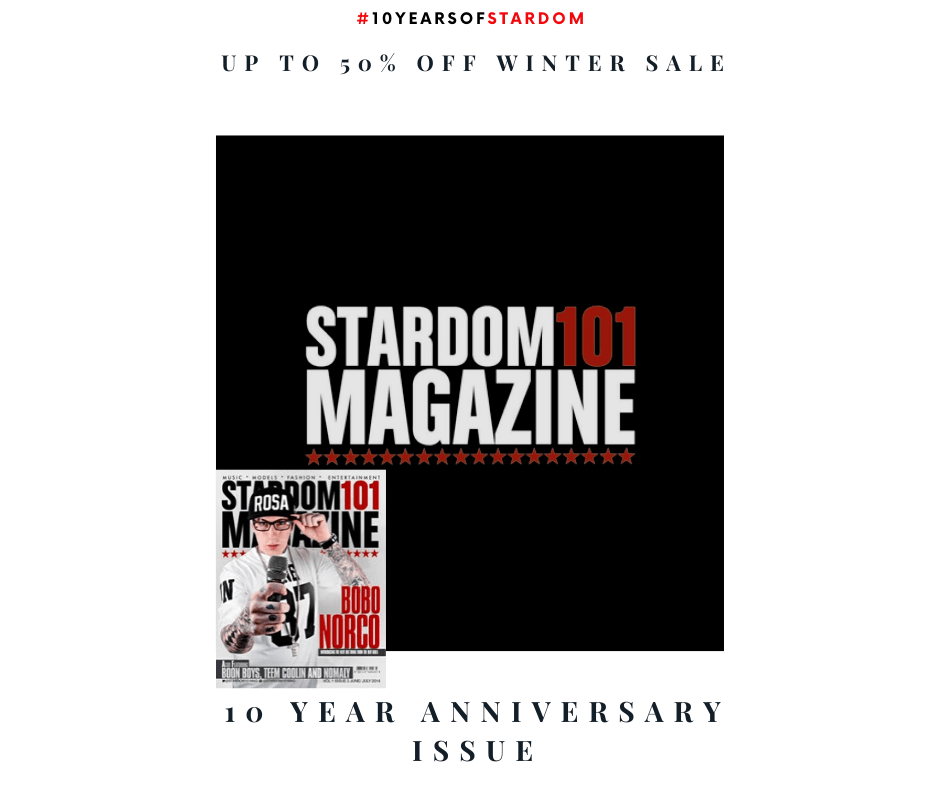